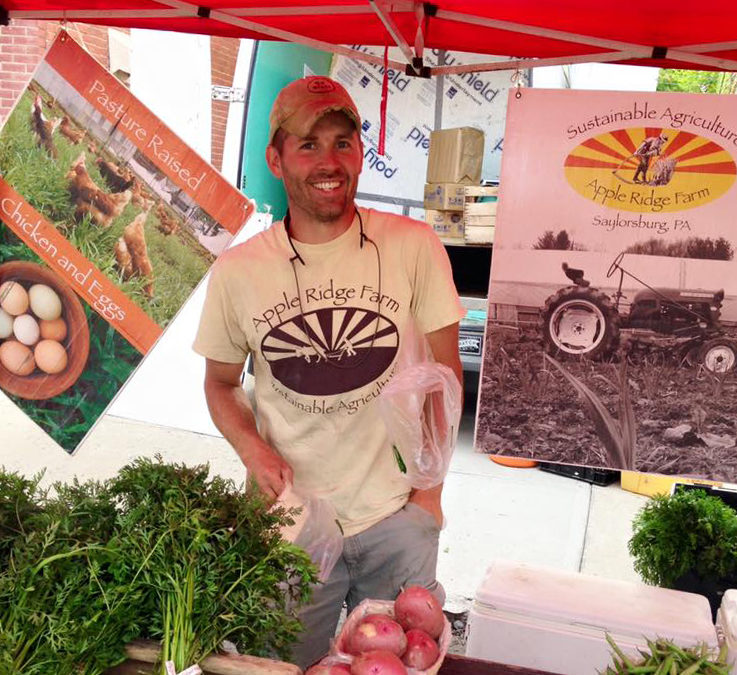 Kale is one of the most delicious things in the world if cooked right! Enjoy these recipes sent in by Farmer Brian at Apple Ridge Farm. Let us know which one you made in the comments below or on our Facebook page!

– Cut up potatoes (I prefer Carola’s or German Extra Hardy, but any will work) into small cubes and boil them in water until they soften a little.
– Drain the water and fry them in olive oil until they start to brown
– while the potatoes are cooking I like to also cook up some sausage on the side that I’ll cut up and throw in at the end.
– Once the potatoes are starting to brown I’ll throw in as much chopped up kale as the pan will take and cover it so that the kale wilts down quickly at which point I’ll mix it in with the potatoes and olive oil and cook until it starts to crisp a little.
– Next add the sausage (if you choose to include it), mix together and dump it into a casserole dish. Add a little shredded cheese on top and bake at 375 until it gets nice and crispy. This dish is even better reheated as leftovers so don’t be afraid to make too much.

– put a little olive oil in a pan along with some garlic. Cook until the garlic softens
– add as much chopped kale (or baby kale) as the pan will hold (because remember it shrinks way down) along with about 1/2 a cup of stock (chicken, pork, beef, or vegetable)
– cook it until it just starts to get crispy on the edges and then add a splash of red wine vinegar and serve.

If you’ve never had kale cooked this way then you’ve been missing out on one of the most delicious side dishes there is!