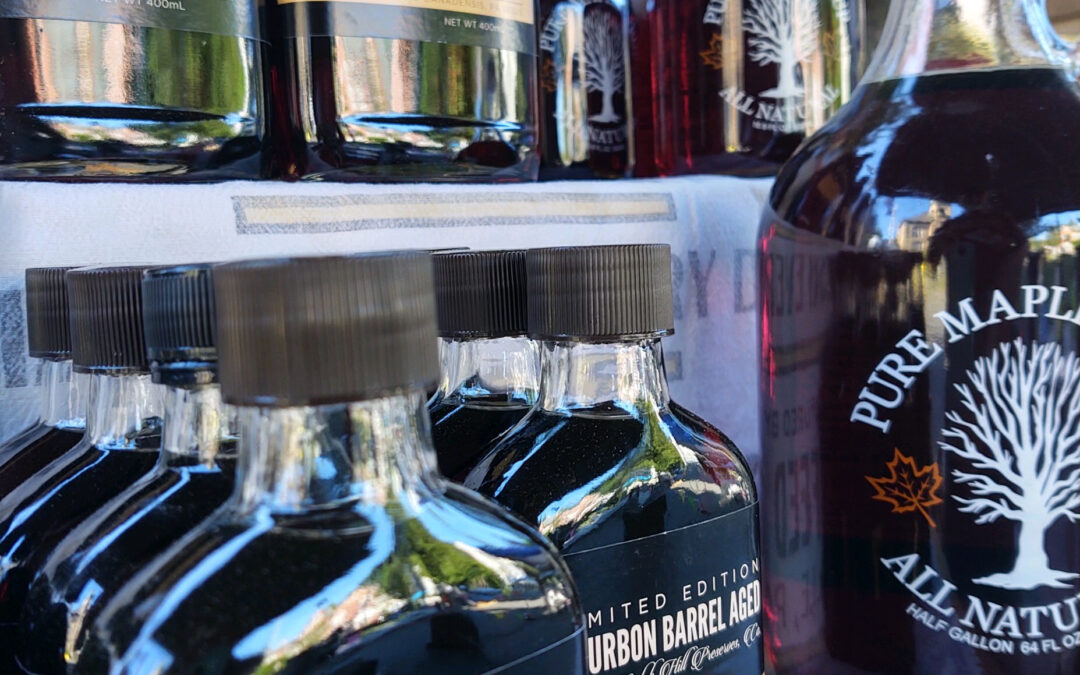 When I was younger and living in Canada, I remember those cold mornings on the farm. My mother used to coax us out of bed with freshly made buttermilk pancakes topped with rich maple syrup. I can almost taste that sweet, slightly gooey topping now. Until today, long after our move, I still think about those pancakes and that syrup.

As I got older, my tastes became more discerning. That’s why I only buy syrup from Dutch Hill Preserves. They’ve been producing syrup since 2001 and their community loves them for it.

Here is Dutch Hill Preserves, Laleña, on her family’s enterprise:

“The maple Sugaring season typically lasts a short 4-6 weeks. Though as many may have noticed, that this winter hasn’t been particularly cold. Sugarmakers are starting to see the effect of climate change. The seasons are starting earlier than the traditional month of March, and in some years lasting upwards of 8 weeks due to such fluctuating temperatures.

It is due to these temperatures ( and college break for two of the three boys) that Laleña and her family started tapping their maple trees this week. Dutch Hill Preserves has upwards of 3000 taps. The tapping process takes a couple days, even with all repairs and replacement of drops done in advance.

If the weather remains as it is, Dutch Hill Preserves might be boing sap into syrup before long.

Dutch Hill Preserves hosts a weekend of maple tours during their open house in March. This year’s open house is currently slated for March 13th and 14th, 2021. This is subject to change due to the pandemic, but we are going to try our best to continue the tours this year. “

That sounds fantastic! I know my mouth is watering just hearing about it! To contact her, here is her information below: